The Hour After Reader

Oakland-based artist Carrie Hott invited Stairwell’s to contribute to The Hour After Reader, a publication released during her solo exhibition After-Hour at Interface Gallery (Oakland, CA). The publication, a 28-page booklet Risograph printed by Colpa Press in an edition of 65, included selections from artists like Stairwell’s who are after hour workers. Stairwell’s created a visual representation of our time spent working on the project outside our regular day jobs and personal lives in the course of one calendar year 2014. 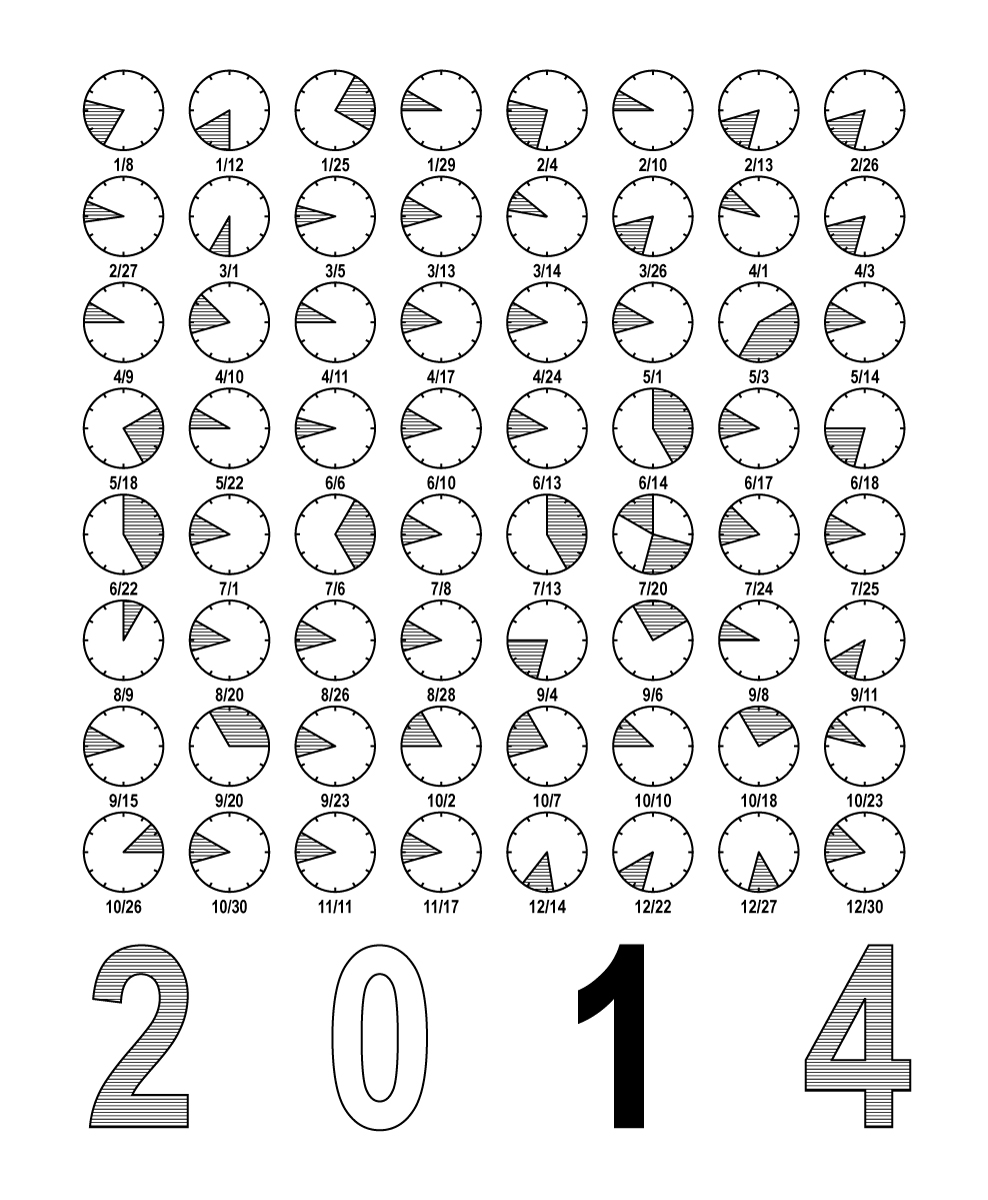